So a wife buys her husband a scale to help him with his new year's resolution: to go on a diet. A week later the husband says, "Honey, this here scale is great! Now not only can I weigh myself, but now I know how much I'm shitting out on my new diet!" The wife says, "That's great; I never thought of that. So you step on the scale before you go to the toilet, step on the scale again when you're done and the difference is the weight of your poop?" And the husband says, "... yeah, I guess I could do it that way..."

Call her a Pig

A woman is accused of beating her husband half to death with his guitar collection. The judge looks down at her and asks, "First offender?" The woman replies, "nope, first a Martin, then a Gibson, then a Fender."

Summer in the Cathedral

Three nuns are waiting in their monastery, each equally as tired and sweaty in the mid-summer heat. One of the nuns offers to disrobe, which the other two agree upon, seeing the brutal sun. Each of them stand nude in the empty cathedral, doing their daily duties until a knock is heard upon the door. "Wardrobe man." Says the man, and the first nun repentantly opens the door. The man, unable to see her, gives a slight nod behind the furniture before bringing it inside. Without a word, he leaves the cathedral, no sign of seeing her shame. An hour later, a second knock on the door. "Window man." Says he, to whom the second nun reluctantly opens the door. To her relief, again the man's sight was obstructed, the box for the windows wide and tall. The man strides in, giving a slight nod, before tirelessly leaving the box near the far wall and returning to his truck, unaware of the nuns nakedness. An hour later, the door is struck a third time. The man cries out "Blind man." With a sigh of relief, the third nun strolls to the door. Upon opening it, the man with the slight box looks her over. "Nice tits. So where do you want these blinds?"

A known criminal walks into a restaurant on a cold Sunday morning. The owner immediately calls the cops on the criminal. While he is being dragged out by the cops he asks the owner "is this how you treat your customers, are cops the only thing on the menu". The owner replied with just one sentence: "Just tea is served".
Labels: police jokes

A man walking along a California beach was deep in prayer. Suddenly, the sky clouded above his head and, in a booming voice, the Lord said, "Because you have TRIED to be faithful to me in all ways, I will grant you one wish. The man said, "Build a bridge to Hawaii so I can drive over anytime I want." The Lord said, "Your request is very materialistic. Think of the enormous challenges for that kind of undertaking. The supports to the bottom of the Pacific! The concrete and steel it would take! It will nearly exhaust every natural resource I have made. I can do it, but it is hard for me to justify your desire for worldly things. Take a little more time and think of something that would honor and glorify me." The man thought about it for a long time. Finally he said, "Lord, I wish that I could understand my wife. I want to know how she feels inside, what she's thinking when she gives me the silent treatment, why she cries, what she means when she says nothing's wrong, and how I can make a woman truly happy. The Lord replied, "You want two lanes or four on that bridge?"
Labels: religious jokes

Three blondes are driving down the street in a little car and get in an accident in which they all die. They awake to find themselves at the gates of Heaven, with Saint Peter smiling sweetly. He welcomes them and announces "ladies, before me I have the book of life. In it, i can see you've done some good things and some bad. I'm willing to let you in if you can answer me one question. Why do we celebrate easter?". The girls think about it for a bit and then the first blonde steps up and says, "Easter is when we get dressed up in scary outfits and knock on everyones doors and get candy." Saint Peter shakes his head, and announces "I'm sorry, but that's wrong.", taps her on the forehead and she disappears, banished to purgatory for eternity. The second blonde steps up and says "Well, that's we all get together to sing carols and exchange presents and decorate the tree." Again, Saint Peter shakes his head, steps forward and taps her on the forehead and she vanishes to purgatory. The last blonde steps forward and says "well, easter just so happens to occur near the time of the jewish passover, but originially, it was the celebration of when the Roman soldiers crucified Jesus. They then took his body and placed it in a giant cave behind a huge boulder." Saint Peter smiles and says "That's perfect!" The blonde looks upset as she continues on despite his interruption "And every Easter, they move the rock and let him out, and if Jesus sees his shadow, there will be another six weeks of winter!"

Hi darling, i just met the postman. He told me he made love with all girls in the neighbourhood exept one.

That must be our neighbour Carol, nobody anyway likes her.

A farmer drove to a neighbour’s farmhouse and knocked at the door. A boy, about 9, opened the door. "Is your dad or mom home?" said the farmer. "No, they went to town." "How about your brother, Howard? Is he here?" "No, he went with Mom and Dad." The farmer stood there for a few minutes, shifting from one foot to the other, mumbling to himself, when the young boy says, "I know where all the tools are if you want to borrow one, or I can give Dad a message." "Well," said the farmer uncomfortably, "No, I really want to talk to your Dad, about your brother Howard getting my daughter Suzy pregnant!". The boy thought for a moment, then says, "You’ll have to talk to my Dad about that. I know he charges $50 for the bulls and $15 for the pigs, but I have no idea how much he charges for Howard."
Labels: bad jokes

An old priest died and arrived at the Gates of Heaven Next to him was a young Uber driver who died seconds ago from his reckless driving. The priest was called first, and St Peter said, "For your life long career working for the church, we will give you a small studio where you can stay at for the rest of eternity." Then St Peter turns to the Uber driver, and said, "For your 2 years as an Uber driver, we will give you a giant mansion by the lake, and a Ferrari in a heated garage." The priest thought it was strange and unfair, and protested, "Why does the Uber driver deserve so much more than me, when I have devoted my whole life to the church and God?" St Peter explained, "You see - during your sermons, half of the audience was sleeping, and the other half was just looking at their phones; but when the Uber driver was driving, everyone was praying!"

Dad: Son, you know what? Back in my days, I walk in a store just with a single dollar and come home with a bag of potato chips and two chocolate bars. Now they have cameras everywhere

Old Man at the Bus Stop

Every day as i walk to the bus stop I speak with a 93 year old man with alzheimers who sits on his rocking chair looking over his yard with a concerned expression. He musters his strength and calls out to me "hey.. have y-you seen m-my wife?" And every day i have to tell him "I'm so sorry.. your wife has passed away 10 years ago". Ive considered not telling him but my mornings always feel better after I see the look of sheer joy on his face.
Labels: old people jokes

A woman is in an accident while she's pregnant. While in a comma she has twins (a boy and a girl). When she woke up she asked the doctor were her baby was. The doctor said she had twins but her brother named them. She replied,"My brother is an idiot I wonder what names he gave them. Anyway what did he name the girl?" "Denise", replied the doctor. That's not so bad."What about the boy", she finally asked. "Denephew"

Four engineers are arguing over who designed the human body. The mechanical engineer points to the ways the bones, the muscles, and the tendons are joined together and move so smoothly and efficiently, and claims it must have been a mechanical engineer. The electrical engineer diagrams the central and peripheral nervous systems and maintains that it would take an electrical engineer. The hydraulic engineer insists that only a hydraulic engineer could be responsible for the circulation of the blood and the secretions of the many glands. They look to the civil engineer and he says, "Don't look at me. No civil engineer would ever put a sewer outlet next to a recreational area".
Labels: job jokes

Waiting for the Train

Once the Bodybuilder Bee left his wife. She called a friend for a shoulder to cry on, and she rushed over with chocolate and two bottles of wine.
As they were sitting there, talking and drinking, the now-ex wife said „I still don’t understand it. He said the reason was because he wanted to be a pastor?“
Her friend replied „Well, he’s always been a strong bee-leaver.“
Labels: animal jokes

A couple goes on vacation to Moscow. One night they decide to take a horse and buggy sight-seeing. They get in a carriage and the driver introduces himself as Rudolf. Off they go. Unfortunately, the weather turns foul on them. "Darn. It looks like rain," the husband says. "No. Is drizzle," says the driver. "Actually, I'm pretty sure it's a full rain," says the husband. "No! Is drizzle!" the driver repeats, louder now. "Honestly, we should have brought our umbrellas. This is definitely rain!" the husband repeats. The driver stops the horse. He turns and points angrily. "No! Is drizzle!" The husband is about to argue, but his wife stops him. "Rudolf the Red knows rain, dear."
Labels: countries jokes
Older Posts Home
Subscribe to: Posts (Atom) 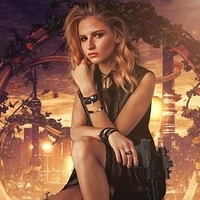 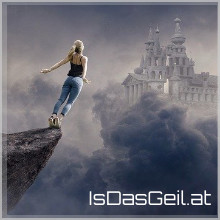